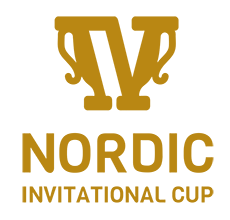 The Nordic Invitational Cup will be played in accordance with FIFA rules. In matters of interpretation of FIFA rules, the English text shall apply.

For the categories Boys U12 and U13, the competition is an open tournament for all team levels. Nevertheless, the organization recommends to the clubs to select teams with high level according to the competition standard.

Teams are divided into groups of four, five or six teams, where all teams play in a one-round championship system. The classification of the teams will be determined according to their points. Three points are awarded to a win, a point to draw and zero points to a loss.

If two or more teams complete the same number of points, the classification will be decided as follows:

The previous points can be adapted before the competition and according to the final number of teams by group and category.

In the event of a team being disqualified or giving up during Play-Off, the best qualified team from the same group will take its place.

In the event a Play-Off result has to be decided by kicks from the penalty mark. Any player on the game card can be selected to score the penalty.

The tournament will always strive to be in accordance with the rules set by the Swedish and Norwegian football association pertaining to rules and guidelines for competition for children and then especially for children 12 years and younger.

Number of Players and Substitutions

Football 11 – the maximum number is 22 players, minimum 16 players, 11 players on the field and 5 substitutes, with a maximum of 5 team leaders. Football 8 – the maximum number of players is 16, minimum 10 players, 8 players on the field and 3 substitutes with a maximum of 5 leaders per team. A substituted player may re-enter the game. Substitutions can be made with the game running, except in the goalkeeper position. In this particular case, the game must be stopped, and the referee advised of the substitution. All substitutions are preferably made in the technical area of the team or in the center of the field near the midfield line if the technical area is not represented. The player may only enter the field when the other player leaves the field completely. Substitutions made incorrectly are penalized with a yellow card A player of the same club is allowed to play for several teams from the same club, but never in the same category. For this purpose, the player must be in the registration form of the teams where he will participate.

The age controls are randomly performed during the tournament. Please make sure to bring your roster and documents to verify each players age if requested. The team manager must bring copies of the passport or valid identification document of all players for the games. Teams with ineligible players may be excluded from the tournament. Age control will not be done at each game but in case any questions arise regarding the age of one of your players make sure to have id cards for each player at every game.

In Football 11 categories, two (2) players with a maximum of one year older than the standard age are automatically given dispensation. For Football 8 categories, no authorization is automatically given. Special requests must be considered by the organization, and at most one (1) player of a higher age may be included when there are special circumstances. Girls that are 1 year older can play with Boys teams, each team is limited to 4 girls per team.

It is mandatory to bring your official team roster for all games. This should include all players on your team at the tournament. The roster must be shown to the tournament at accreditation prior to the start of the tournament. The number that the player has on the roster must be the same as the number on their jersey. All players on the roster are considered to be participating in a game. All team leaders must appear on the roster, up to a maximum of five (5). Only those responsible are allowed in the technical area. Age control will not be done at each game but in case any questions arise regarding the age of one of your players make sure to have id cards for each player at every game.

All game jerseys must be numbered, and the numbers must match those of the roster. In case the number of the player’s shirt on the roster does not match the current one the payer is wearing; the table supervisor must be informed. The numbers should be on the back of the game shirts (back). Two players cannot use the same number in the same game. No player can change numbers in the same game. It is not allowed to play without number on the jersey. If it is necessary to change the game jersey, due to the similarity between the two teams, it is the team that appears first (left), the home team, in the game calendar that changes their equipment. The use of shin guards is mandatory.

Before, during and after the game

All teams must be ready and on the field 30 minutes before the start of the game with the players’ documents ready for age control. The team manager must ensure that the players are properly insured. Teams are responsible for the conduct of their supporters. Misconduct or inappropriate behavior may result in loss of play (if the referee decides to terminate the game due to lack of conditions) or exclusion from the tournament team. The team manager must, immediately at the end of the game, sign the game card, confirming the result, cards and other events of the game. The failure of this procedure will lead to a notification by the Jury of the tournament.

U12 and U13 will play with size 4 balls. U14 might be played with size 4 or 5 (it will be optional for the teams). The rest of the categories will play with size 5 balls. The organization provides official balls exclusively for the game of the competition. Teams must bring their own balls for training and warming up.

The offside rule will only be in place for categories playing Football 11, offside is applied according to FIFA rules. It is not allowed to pass the ball to the goalkeeper, and he grabs the ball with his hands. The goal kick is always carried out with the ball from the ground, placed at any point that delimits the small area of the goal. Opponents must be out of the wide-area until the ball is played. The ball is playable when, after the goal kick, it comes out of the big area. If a player carries a red card, it can be replaced by another player.

All referees are members of a football association in their countries. All 11 football matches have assistant referees. The referee coordinator is available at the tournament headquarters.

The Tournament Jury is composed of a representative of the organization and a representative of the referees. They are prepared to deal with protests, punishments and unforeseen situations, and all situations will be analyzed, and decisions may not comply with FIFA rules based on fair play. The decisions of the Jury have no appeal. In case of protest you will have to pay 80 DKK.

All protests must be presented at the tournament headquarters in writing by the team manager and delivered to the Jury.

Any player who receives a red card is automatically suspended from participating in the following game. The jury can decide if the suspension is for one or more games in case of direct red card. Yellow cards do not accumulate. The team is responsible for not putting players to play in games in which they are suspended. The use of a suspended player leads to automatic defeat of the team by 0-3 in the respective game.

Any team that does not appear on time and on the indicated field can lose the game by 0-3, by decision of the jury. If the team does not appear in the game due to delays caused by traffic or another acceptable reason, the jury may decide to delay the game until a maximum of 30 minutes until the teams arrives or even reschedule the match for the same day, another time. If a team does not appear repeatedly in games, they may be excluded from the tournament. In special cases, the jury may decide to expel the team in the first offense. If the game is interrupted and cannot be played until the end, the jury decides whether the game should start over at the moment of interruption, if either team wins 3-0 or both lose by 0-3.

All playing fields are natural grass or artificial grass. In bad weather, some games can be decided by penalty kicks or a coin toss.

Schedule and Schedule of Games

The organization has the right to change groups, change schedules and fields before and during the competition. Whenever a change is made, the team will be informed.

The team manager is also responsible for any damage caused by their players. If there is an undesirable situation, the organization should be contacted. Please respect the quiet times in the accommodation places between 23h-7: 30h. Meal hours must be respected, and teams might miss a meal if they arrive late. In case of delay, inform the organization. It is forbidden to travel in any transport without a shirt. Failure to comply with these rules may lead to penalties and result in the exclusion of the team from their place of accommodation and tournament. Standards of conduct in schoolsSmoking, consuming alcohol and carrying out any activity that could start a fire (cooking, making coffee, handling combustible or flammable materials) is strictly forbidden. Before the match, at the end of the tournament, the classroom used should be clean. The same times of quiet must be fulfilled (23h-7: 30h).

Each player must have medical insurance. Make sure that all your players are insured on and off the playing field. We remind you that teams are responsible for ensuring that players have the European health card or private insurance. The tournament does not have any group insurance, protecting participants in case of injury, illness, theft or property damage and is not responsible in any way for accidents, damages or economic losses that may arise in the case of war, war events, war civil, civil or civil disturbances, or because of actions of authorities, strikes, blockades or similar events. Participants from countries that do not have a medical insurance contract with Denmark must have personal medical insurance.